LIFE paper VIII accepted: “Where is the phosphine?” 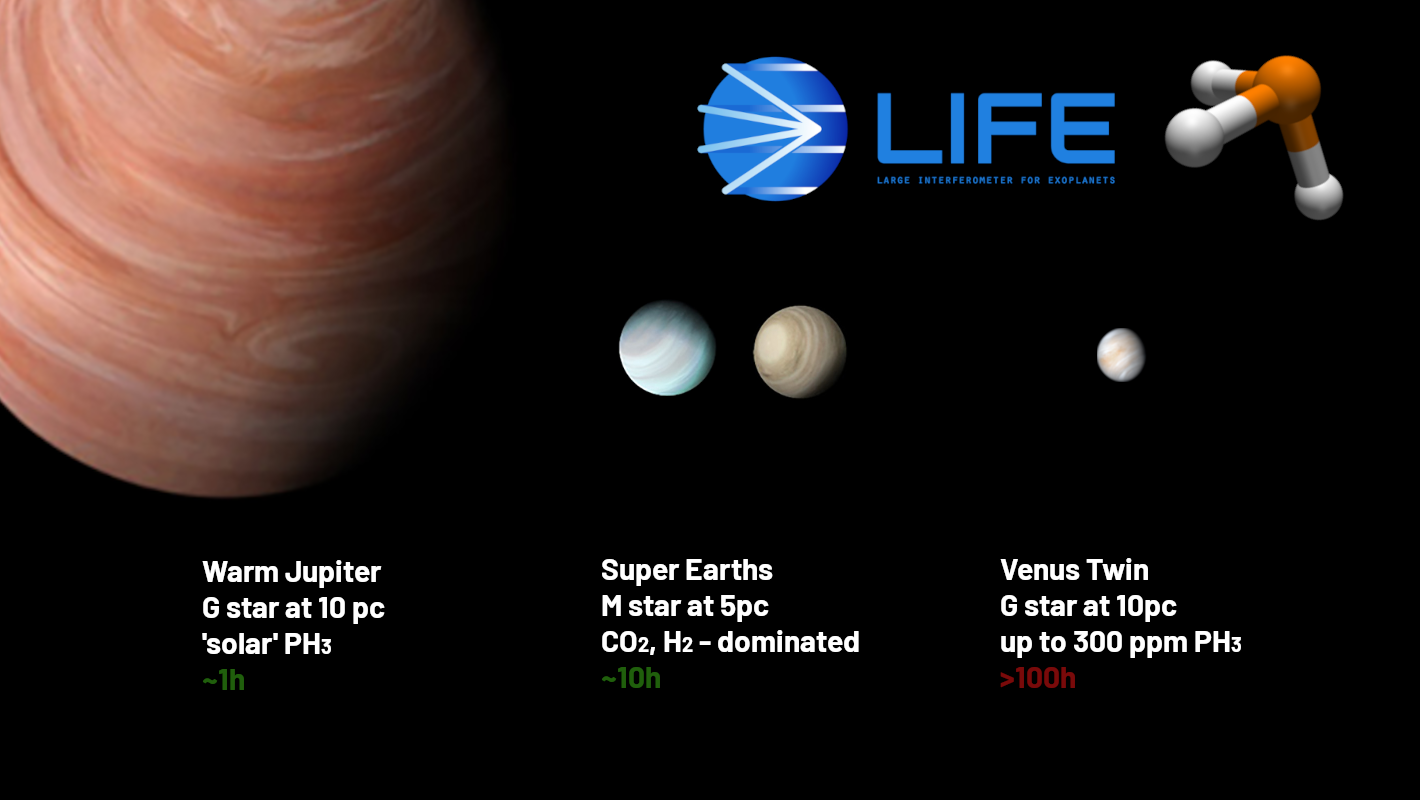 Phosphine (PH3) is a key molecule in the understanding of exotic chemistry of exoplanet atmospheres. While it has been detected in the Solar System’s giant planets, it has not been observed in exoplanets yet. In the exoplanetary context however it has been theorized as a potential biosignature molecule. Angerhausen et al. (arxiv link) identified a representative set of scenarios for PH3 detections in exoplanetary atmospheres varying over the whole dynamic range of the LIFE mission.

According to their study it takes a mission like LIFE:

(ii) about 10 h in H2 or CO2 dominated temperate super-Earths around M star hosts at 5 pc,

(iii) and even in 100h it seems very unlikely that phosphine would be detectable in a Venus-Twin with extreme PH3 concentrations at 5 pc.

Phosphine in concentrations previously discussed in the literature is detectable in 2 out of the 3 cases and about an order of magnitude faster than comparable cases with JWST. They furthermore show that there is a significant number of objects accessible for these classes of observations. These results will be used to prioritize the parameter range for the next steps with more detailed retrieval simulations. They will also inform timely questions in the early design phase of a mission like LIFE and guide the community by providing easy-to-scale first estimates for a large part of detection space of such a mission.

Back to news & media